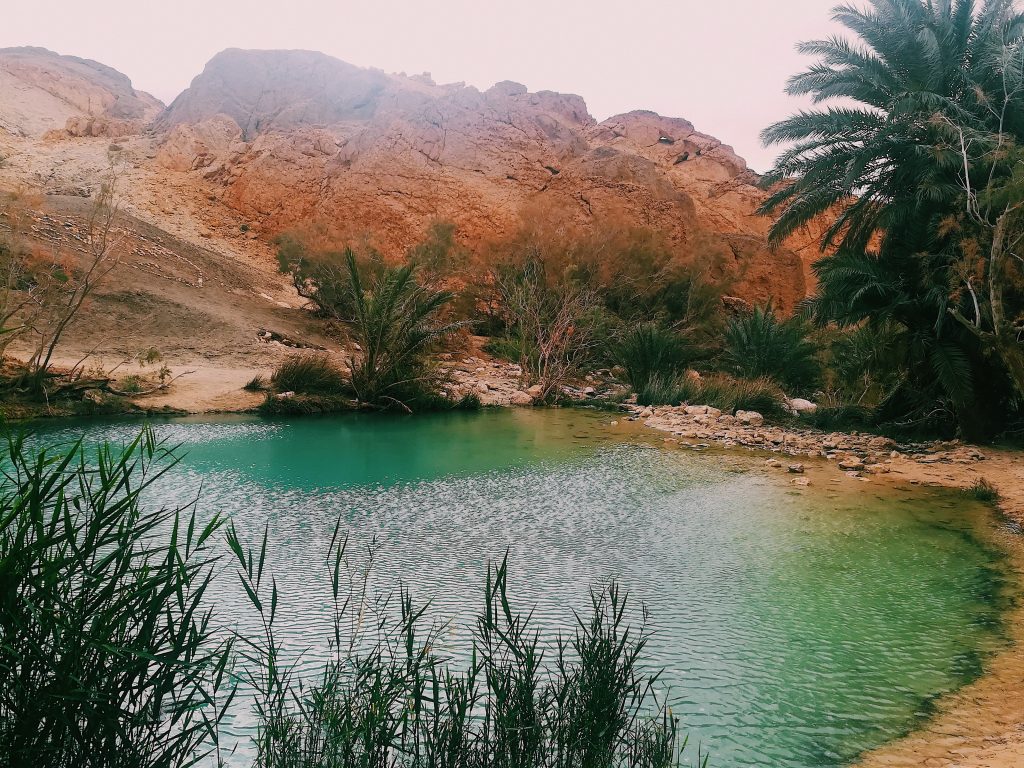 7 Best Things To See in Tunisia

Tunisia is an incredible country in the Middle Eastern region of Africa. It is quickly becoming a tourist attraction for its rich history, old culture and breathtaking sights. If you are interested in visiting Tunisia but are unsure of what to see and where to go, I put together a list of the seven best things to see in Tunisia while you’re there. Prepare yourself for an experience through one of the world’s most fascinating countries.

1. Roam Through Carthage in Tunis

Tunis, the esteemed capital of Tunisia, is bursting at the seams with history. East of Lake Tunis lie the impressive remains of Carthage—a once-powerful ancient city that ruled the Mediterranean trade industry with an iron fist. Three Punic Wars later, and independent Carthage was no more. The Romans overtook it, and it became the third-largest city in the Empire.

Today, it lies in spread-out, well-preserved ruins, and there are nine different sections for you to explore. (One ticket will cover them all). The Antonin Baths, the Amphitheatre, and the Byrsa Acropolis are among the most interesting areas. The quiet remains whisper of times long past, and it’s an experience in itself to walk in the footsteps of an ancient culture.

2. Play With The Flamingos In Djerba

Djerba is famous for its crystalline beaches and the beautiful village of Houmt Souk. However, you can’t miss the chance to visit its Flamingo Island as well. A lot of tourists are unaware of this, but starting in October, thousands of flamingos flock to the shores of tiny Ras R’mal island. They go there to feast in its warm waters and raise their young hatchlings.

You can take a “pirate boat” out to the sandy inlet and spend a day soaking in the Mediterranean and roaming among the pink flocks. A cruise experience shouldn’t cost you much more than ~20DH, or ~$7, and usually includes a delicious Tunisian lunch. It’s a once-in-a-lifetime experience that you’ll likely never find elsewhere. At other times in the year, you can still catch some flamingos hanging out around the island but in much smaller numbers.

Ancient Kairouan is hailed as one of holiest cities in Africa and is considered the fourth-holiest city in Islam. The city is brimming with historical significance. The Great Mosque, settled in the corner of Kairouan’s stunning old medina, is the crown jewel.

It is a UNESCO World Heritage site and one of the oldest and largest religious monuments in Africa. Its wide courtyard is simple and peaceful, surrounded on all sides by intricate columns. On one side lies the tall minaret, and on the other is the entrance to the prayer area. When you peer through the grand doors, an impressive riot of carpets, colors, and candles greets your eyes. Anyone is able to visit the mosque when its not prayer time, and its more than worth it.

A hidden treasure, Chebika Oasis is one of the stars of Tunisia’s Sahara in my humble opinion. The oasis is a 45-minute drive from the lovely city of Tozeur, hidden among a thick stand of palms in the middle of the desert. Local guides wait at the entrance, ready to show you around and explain the area’s history to you for a small commission.

You’ll walk through an abandoned Amazigh village (which is currently being rebuilt) to a beautiful viewpoint of the Sahara. You will then walk down an impressive set of stairs to the oasis waiting below, nestled among colorful mountains. The water flows crystal-clear from one of the mountains to form a breathtakingly blue pool, surrounded by swaying palm trees. Following the water as it breaks off into a small rushing stream, you’ll pass through the high walls of the mountains. You will see the view of red clay broken up by strands of palms here and there. It’s a short hike that makes a big impression.

5. Drive A 4X4 To A Desert Castle In The Sahara

There’s an endless number of things to do in the Tunisian Sahara, but if you want to see something really unique, head to the small oasis of Ksar Ghilane. It is located in the deep south of the desert where you will see a thermal pool. It is springing seemingly out of nowhere and a Roman fortress is slowly being swallowed by the sands of time. The warm waters of the thermal pool are said to have healing properties if you bathe in it. (Although, you can just sit on a café terrace and enjoy the ambient heat if you don’t feel like diving in.)

To visit the abandoned Roman fortress, you can either take a camel ride or drive a 4X4. Both options will cost you around 80DH, or ~$26. Riding through the tall dunes is a thrilling experience, and the fortress’ ruins look like something out of a fairytale: half-swallowed up by the desert, struggling alone against the colossal expanse of the Sahara.

Yeah, the Colosseum in Rome is impressive and all, but the Amphitheatre of El Djem might be even better. It is less crowded, less commercial, and just as breathtaking. Located just an hour’s drive from Sousse or Kairouan, this colosseum is the largest in Africa and the second-largest in the world, providing a massive backdrop to the small town of El Djem. Around 12DH, or ~$4, will get you inside the walls, where you can roam around to your heart’s content.

It’s extremely well-preserved, both the seating area above ground and the holding area below, and almost nothing has been done to change it for centuries. It’s a surreal experience to run your hands over walls older than imagination and sit on the terraces where thousands upon thousands used to cheer and jeer.

7. Explore The ‘Honeycombs’ Of Ksar Hallouf

The “Star Wars hotel” of Matmata where George Lucas filmed scenes for three of the popular films might be a draw for some, but my advice? Skip it and go explore something more worthwhile nearby—the Amazigh homes that resemble life-size “honeycombs” set into the side and on top of the region’s many mountains. This is truly one of the best things to see in Tunisia.

There are quite a few places to see these, but one of the best is Ksar Hallouf in Madanin: an abandoned storage “castle” for the nearby villages of the area. The residents used to store their collective goods in this series of little clay honeycombs, and each family volunteered a member or slave to keep watch in mirroring structures across from the storage facilities. The structures have been impeccably preserved, and you can roam in and out at will. From all sides, you have an amazing view of the lush greenery and small villages surrounding the Ksar.

Now that you see all of the magic Tunisia has to offer, I hope you decide to add it to your travel list in the upcoming years.

Here is a quick recap for reference of the best things to see while you’re in Tunisia:

With its desert oasis, ancient ruins and incredible history, Tunisia is a destination unlike any other in Africa and the Middle East. Let me know if you make the trip to this ancient country and if you visited any of these stunning sights (aka the best things to see in Tunisia!) If you’re interested in seeing more of my travels, check out my travel blog: http://www.itsawanderful.com.